Challenges: The LASER powder bed fusion (LPBF) process is one of the most promising additive manufacturing technologies. Despite being widely used in many industrial applications, it still has two main limits (in the adoption in the AM domain): very low productivity and high number of non-processable materials. In order to overcome LPBF productivity limitation, the state-of-the-art technologies proposes the use of multi-LASER systems or LASER with higher power. Both strategies have some relevant drawbacks: the use of different LASERs that work simultaneously on the same building chamber is critical for melting vapors management, thermal management and relative calibration. Moreover, the price of the LPBF drastically increases with the increase of installed LASERs; The direct increase in the LASER power and scanning speed with the aim of improving productivity result in undesired effects issued by overheating of the molten pool.

Benefits: The objectives of this experiment are both the increasing productivity and material processability of LPBF. The solution refers to optimization of LASER beam spot size and powder density distribution that can allow a higher productivity and a better absorption of energy from the molten pool using LASER Beam Shaping. The experiments will involve the process of nickel-based superalloys, which is very interesting for high-temperature applications and otherwise very hard to realize.

Activities & Present achievements: A commercial and industrial-sized LPBF machine, an EOS M280 will be used in this experiment and will be equipped with a CANUNDA HP beam shaping system. Three different hardware will be developed and installed on the machine in order to test the effect of three different beam shapes, namely top hat, donut and elliptical both on material productivity and processability.

Current Status: Both Deliverables for Stage 1 were completed on time and passed the acceptance criteria agreed with the mentor. The various phases that led to the installation of the first beam shaper will be shown moving forward. The Beam Shaper was installed on the EOS M280 printing machine as reported in the following photos. Tests on the first beam shaper are started, both to identify the best elliptical direction (transverse or longitudinal) and to define the optimal printing parameters. In the meantime, the 2nd beam shaper (donut one) is in development, and it is programmed to be installed in the next weeks. 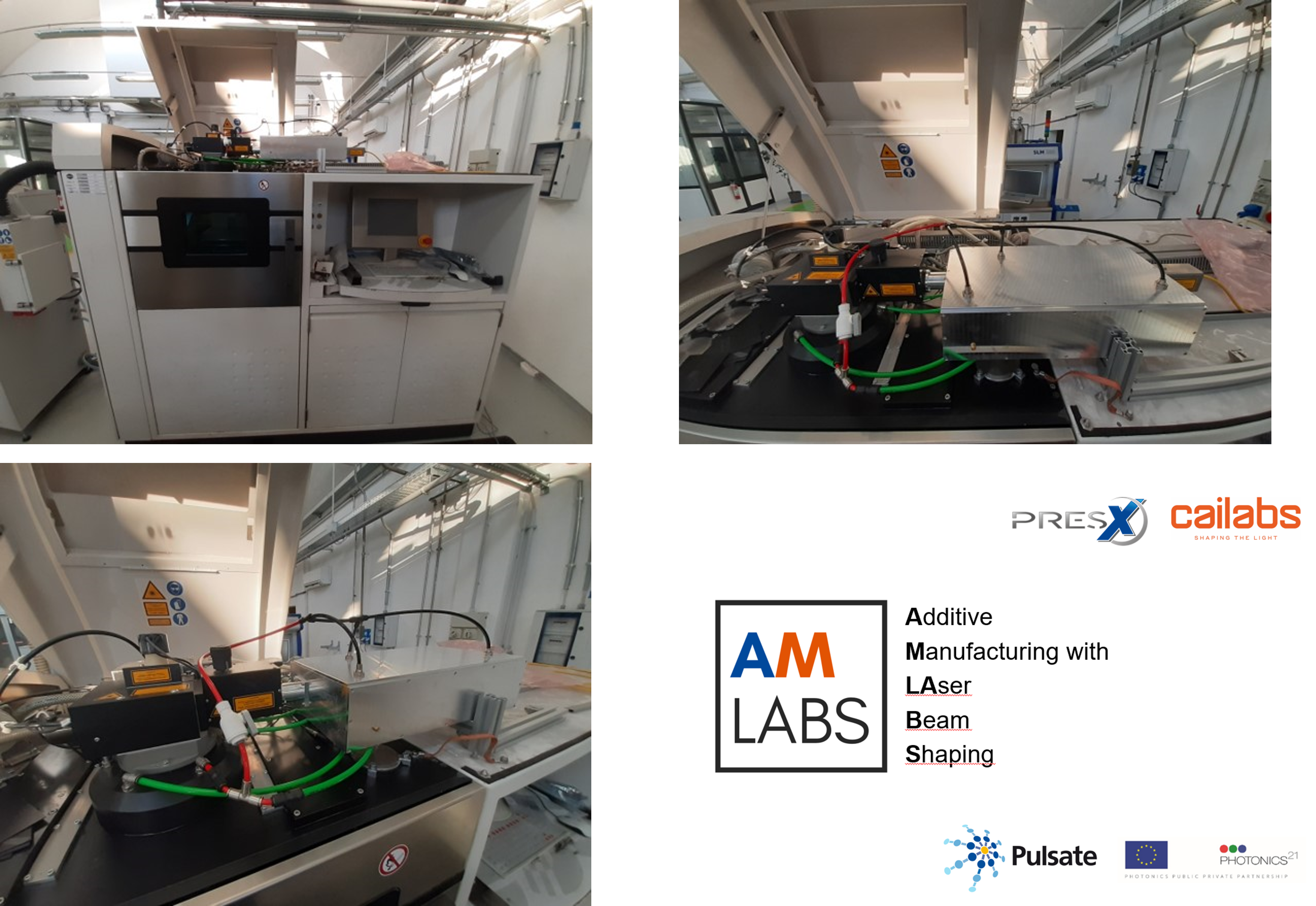